Social media strategies are more important than ever!  Beyond Facebook and Twitter, other platforms may be quite valuable in connecting with customers. Here are a few well worth considering:

▪  Instagram is a mobile photo & video-sharing service. Users take images or videos, apply digital filters, and share them on the application itself (and on a wide variety of social networking services). Although Instagram does not allow images and videos to have alternative text, users should provide a detailed caption explaining the image. Use Camel Case for multiple words within a hashtag.

▪  Yelp traditionally showcases crowd-sourced reviews of local businesses. However, as announced this month, GSA is encouraging agencies to launch their own Yelp pages in order to attain public feedback on their services. This could allow organizations to assess customer views of what’s working and what’s not––much more directly than other social platforms.

▪  LinkedIn focuses on professional contacts, and allows users to collaborate and share articles and ideas through its group message boards. Your LinkedIn profile name should be accompanied by a clear logo or image so users can distinguish you from others with a similar name or brand.

▪  Pinterest is a visual discovery tool where users create online “bulletin boards” of images, ideas, and videos. All Pinterest content is “pinned” to boards by outside sources. When pinning, it’s a good idea to include a description of your pin, and alert users if it is a picture [PIC], video, [VIDEO], audio file [AUDIO] , or GIF [GIF]). If your pin is not accessible or you didn’t actually create it, it’s important to leave a brief note on the pin making people aware of these limitations.

▪  Periscope streams live video to viewers who can add comments and questions. It was launched in March. A few organizations have already tested out Periscope: Treasury streamed Secretary Lew’s remarks on the new $10 bill;  The Smithsonian National Museum of Natural History showcased their Dinosaur collection; and the Department of Justice broadcasted a Press Conference in Cleveland. While still in its infancy, this kind of technology can be used by agencies to give public access to inside experiences (such as facility tours, major events, interviews, Q&A’s, announcements,and press conferences).

▪  Reddit is a virtual bulletin board where users can post text, media, comments, and links. Though still more popular with tech-savvy groups, Reddit is becoming increasingly mainstream. The City of Austin took a chance on Reddit and found it was a great way to interact with citizens and drive up content views. Government organizations can use Reddit to host Q&A sessions, to promote events, or to drive co-collaboration with citizens.

▪  Vine is all about images, which are inherently captivating. (Many agencies have had success with Instagram for that reason.) Vine’s six second videos take images one step further, though. In many ways, Vines act like mini-ads, allowing organizations to promote their missions and work.  Air Force and National Highway Traffic Safety Administration are two examples of organizations utilizing Vine in this way. Agencies can use Vine to provide a quick look into what they are doing, to remind people of an upcoming event, to offer public service announcements, or even to recruit. 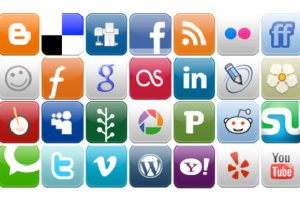 It is critical for agencies to focus their social media efforts, and to be aware of what platforms are out there. It’s an ever-growing field, and having a good strategy can make all the difference in reaching out effectively.

Social media provides a unique opportunity for government organizations to drive citizen engagement. For those interested in trying a new platform for your agency, we welcome your thoughts on how to best be heard.

Technology advancements improve our workplace productivity, but may have unintended negative... read more

Simple and minimal go hand in hand, but they are not... read more

Virtual is the New Face of Government

As customers and consumers become more comfortable using technology it only... read more

The Benefits of Automation You Didn’t Imagine

Automation pays out, and relatively quickly too. But some of the... read more

What is innovation? Innovation is not new. Humans are creative by nature.... read more

The National Science Foundation has supported research in all fields of... read more

U.S. President Barack Obama is placing IT and technology on... read more

The terms “Digital Workplace” and “Digital Transformation” swirl so prominently in... read more