How to Avoid the Seven Deadly Project Management Sins

How to Avoid the Seven Deadly Project Management Sins

Project management planning relies on the proper
communication of ideas as well as the give and take in vetting those ideas
among the creative team you’ve assembled to tackle the project. Standing at the
helm of this team, the project manager has the power to bring the project down
by turning the ideas and team against one another, or leverage it by using a
few guidelines that might seem elementary, but are often forgotten in the fray
of project management scenarios.

1)  Drill
Down on Specifics: Make clear to your team what is expected of th 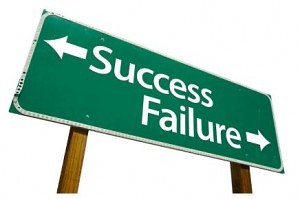 em. You
might want to save time by dolling out the minimum of information for them to
work on, but they’re not mind readers. Just because they’re on the same team
doesn’t mean they inherently know what’s going on in every scenario. Take the
time to fully inform each team member of all the details they’ll need to add to
the project.

2)  Respect
Your Team: Spirited projected management meetings can get intense, but
always respect the opinions of those on your team and use a tone that conveys a
sense of acceptance to the ideas that are being tossed around. Sarcasm has no
place in the project management planning process, nor do rude, condescending or
threatening behaviors.

3)  Embrace
Conflict: Great ideas are born out of a necessity to defend one’s position.
Sometimes the best idea is the only one that is offered and it’s a total
failure. Empower the team to come up with original ideas that might defy
convention. This doesn’t mean good ideas need a counterbalance, but never
stifle an idea because it challenges your favorite solution.

4)  The
Process Isn’t Everything: Rules are meant to be broken. The project
management outline is an important piece of the puzzle, but don’t let the
outline dictate the outcome if the positive flow of the process begins to drift
outside of what was originally intended. Often times, the project management
team feels secondary to the process. Don’t forget that it’s the team that
delivers the goods, not the strictly structured outline of the process.

5)  Vote
Early. Vote Often: What’s true in crooked elections is true in successful
project management planning. Each task the team embarks upon needs to be
analyzed and tested to see if they’re actually making an impact. Testing will
provide the systematic alert system that will raise the red flag when something
is going south.

6)  Helicopter
Bosses are a Distraction: We’ve all heard about helicopter parents who
hover, watch, listen, and swoop in the take control of a situation, thus
micromanaging every process of their children’s life. This happens too often in
project management. The project manager needs to lead, not wait for a train
wreck to clean up after. In some cases, the project manager can actually cause
the wreck when they suddenly become a working “member” of the group without
having spent the hours in the trenches with them.

7)   Focus on
the Positive: Don’t be a downer; you’ll sink the team. Acknowledge the
failures but don’t dwell on them. Reward the behaviors that you see as
desirable instead of harping on the negative. This type of behavior has a “pay
it forward” effect and can infect the team.

Remember, it is possible to create, facilitate and support a project management
environment without conflict, but the tone must be set from the top down. If
you make professionalism and success your priority in the strategy you create,
adjusting as needed, you’re bound to enjoy more profitable operations.

Leadership for Those Who Remain

After layoffs it's difficult yet important for managers to maintain high... read more

What is innovation? Innovation is not new. Humans are creative by nature.... read more

12 Questions To Ask Your Clients Before and After a Project

Getting to know your client is an important part of determining... read more

For those of you familiar with a traditional project management process,... read more

We hope these videos bring a smile to your face – the... read more

Taking over a software project halfway through can be difficult... read more

Writing a thank you letter is a common courtesy. There... read more

The practice of Zen in both business and daily life is... read more