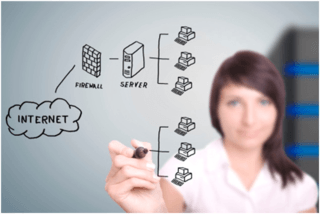 Is the industry in for a gender reversal?

As a female CEO in the male-dominated IT industry, I spend a lot of time at the corner of Women and Technology. I watch that intersection, try to read the signs, see which way the traffic is going. Lately, there’s a lot of talk on the block.

Recent articles have asked “Are Women Advancing in IT?” or describe “What It’s Really Like To Be a Woman in Tech” or tell us “The Secret to Getting More Women Into Tech” or warn of “Tech’s Man Problem” or explain “Why We Need to Keep Talking About Women in Tech,” to pick just a few headlines.

Yes, this is yet another article on women in tech, but it occurs to me that all this talk may signal the last thrashings of issues that are going away, as women really come into their own. We may be approaching a tipping point for gender issues in technology—and by that, I mean the point at which they’re no longer issues at all.

One remarkable statistic from all that recent research: 60% of 2013 tech hires were women, doubling the 2012 rate. ±30% has been the plateau figure for years. A leap of this magnitude suggests that companies are not only hiring women for new positions, but replacing women in existing jobs with more women. (Quit rates for women in tech remain higher than for men, especially at mid-career.) Gender is clearly not the obstacle it once was—and the number of indisputably qualified women has jumped significantly.

These are reasonable conclusions, given recent success stories in academia. A lot of schools sat up and took notice when Harvey Mudd College quadrupled its female computer science majors in four years. It’s not lost on me that this took place after a woman became president of the college. But her strategies for the computer science program are based on common-sense ideas that both schools and workplaces can use (and are using) in cultivating a more diverse base of tech talent.

Women still earning 77 cents on the male dollar in other fields may begin to flood into technology, where the like-for-like pay gap is narrowing faster than elsewhere. Those mid-career quit rates do tend to reinforce the glass ceiling and keep average pay lower for women. But we’re far closer to parity in IT than in other private-sector industries.

The pay gap is smaller for federal government workers, too, which accounts for some private-sector attrition in tech fields. And in all three studies of government employees conducted over the past two decades, women have received more promotions and quality step increases than men, on a percentage basis.

Fairer treatment may be one reason I find far more women in director-level IT positions at federal agencies than in the private sector. This is anecdotal (and an impossible BLS search, triangulating high-level jobs in the information category with gender data on top of a public/private comparison), but I’m not the first person to make the observation. The federal government has made great strides toward gender equality following a 2010 EEOC report that identified obstacles to employment opportunities for women, specifically targeting federal-sector technology in recommendations to agencies.

Diversity Wins in the Marketplace

These encouraging signs bode well for federal institutions, if women improve government as they do technology businesses. According to ground-breaking research by the National Center for Women in Information Technology (NCWIT), women significantly boost useful innovation. Technology teams comprised of both women and men produce IT patents that are cited 26 – 42% more often than similar patents developed by men only. Related research shows that companies with the highest representation of women in senior management average 35% higher returns on equity and 34% higher returns to stockholders than those with the lowest numbers of female senior managers.

These are really just the benefits of diversity. Larry Page of Google has said, “We’ll more than double our rate of technology output to the world” by recruiting more women. Still, only about 20% of Google’s engineers are women. As the benefits of diversity become clearer and women drive more (and more measurable) positive business results, the competitive advantages of inclusiveness and equality will become clearer as well.

Larry Page’s remark reminds us that women’s issues are ultimately a guy thing, too. To get beyond an industry defined by “techstosterone,” we need men in our corner. Some companies already recognize this. The NCWIT study cites the famed IBM Women Inventors Community, which had sponsorship from a male executive and has always included men in its mentorship program. I like IBM’s approach on this a lot. The fundamental concepts—mentors, support networks, focused brainstorms—can work for any industry, but seem especially useful in IT, where the pace and detail-orientation often create an obliviousness to larger issues of diversity and equality.

As we deepen our understanding of the need for gender diversity at every level, more tech companies will begin to look less like boys’ clubs with a few dismayed female faces here and there. Maybe we’ll stop talking about women in tech and find ourselves conversing at the corner of Technology and People. That will be good for everybody.

12 Questions To Ask Your Clients Before and After a Project

Getting to know your client is an important part of determining... read more

The Future of Digital Government

The Role of the Product Owner in Scrum

Shot of colleagues having a brainstorming session with sticky notes at... read more

Technology is constantly changing as new tools are developed and old... read more

From innovation to Innovation – 10 rules to go beyond the buzz

To innovate can be defined as “The action or process of... read more

Are You Afraid of Accountability?

If you want to be an effective leader, there is one... read more

At Viderity, we are big fans of Agile ways of working.... read more

If you’ve put off developing your website in either responsive design... read more